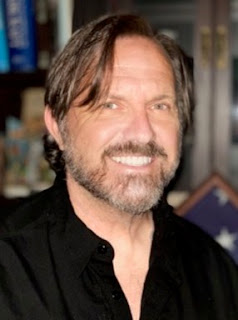 M.B. Lewis is an Amazon #1 International Bestselling Author, and his books have also been on the Bestseller lists on Barnes and Noble Nook and Kobo platforms. The author of the award-winning Jason Conrad Thriller series has been on numerous author panels at writer’s conferences such as Thrillerfest, The Louisiana Book Festival, The Pensacola Book and Writers Festival, and Killer Nashville.

A 25-year Air Force pilot, he has flown special operations combat missions in Bosnia, Iraq, and Afghanistan in the AC-130U Spooky Gunship. Michael is currently a pilot for a major U.S. airline.

A proud Christian active in his community, Michael has mentored college students on leadership development and team-building and is a facilitator for an international leadership training program. He has participated as a buddy for the Tim Tebow Foundation’s “Night to Shine” and in his church’s Military Ministry program. Michael has also teamed with the Air Commando Foundation, which supports Air Commando’s and their families’ unmet needs during critical times.

While his adventures have led to travels all around the world, Michael lives in Florida with his wife Kim.

His latest book is The Pilate Scroll.

The Pilate Scroll is an action-packed adventure that follows an elite group of scholars and scientists to the Middle East, their mission is to stop an impending global terrorist threat. When one of them discovers what they truly are searching for, things start to get exciting. It’s been described as a little bit of Indiana Jones, The Da Vinci Code, National Treasure, and God’s Not Dead being weaved together. I guess it’s a little bit of all of those. Along the way, the virtues of Christianity are subtly woven into the story. 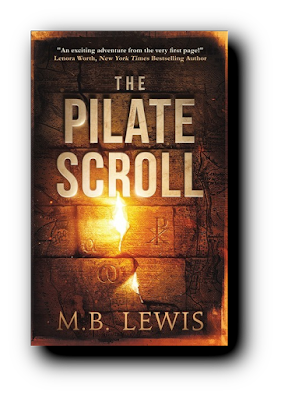 It’s powerful. I don’t know of another Christian-based thriller out there you could compare it to.

Kadie Jenkins is our protagonist. She’s a young linguist who’s been recruited by the Global Disease Initiative to join this team for the opportunity of a lifetime and search the Middle East for an ancient cure to a modern virus. Her younger brother, Brian, is Down syndrome. He’s been living with her since their parents were killed in a car wreck several years earlier. After that car wreck, Brian is diagnosed with a condition that is fatal. Kadie won’t take the job unless her brother can go, too. And the company agrees. So, you can see some of the dynamic of the love between a sister and her brother. Along the way, they meet a renegade pilot, Duke Ellsworth, who has his own set of problems. Duke and Brian become fast friends, and it’s genuine, Kadie realizes. Duke’s not being Brian’s buddy just to get close to her. So, there’s a lot of interaction between the three of them as they get to know each other, and their paths continue to become intertwined.

Your book is set across the Middle East.  Can you tell us why you chose this location in particular?

It fit the story. The biblical and historical aspects of The Pilate Scroll are tightly woven together, so it only made sense to have it take place across Egypt, Israel, Turkey, and a couple of other places outside the region. It helps that I’ve been to quite a few of these places myself. I think the story is a little more vivid due to that. I wanted the reader to feel like they’ve been to those places, too. The story is speculative fiction. It takes place sometime in the near future in a world that possibly could exist.

How long did it take you to write your book?

The idea of The Pilate Scroll was born while my wife Kim and I were on a tour of the Holy Land. I said to her, “There’s a book in here somewhere, I’ve just got to find it.” Well, it found me. The experience was phenomenal and when the story finally came to me, I completed the first draft in three months. Compare that with the first draft of the first book I wrote, Surly Bonds. That book took five years to write the first draft. But it was a busy time in my life, and I was teaching myself the process of writing back then. It’s a building block process, with each draft, The Pilate Scroll got better and better. Draft for draft, I’d say the entire book took less than a year of work, but being sent to editors, proof-readers, beta-readers, endorsers, industry folks, etc... it’s been a couple of years. Using the actual time-line, we were in Israel in May 2018 and its now April 2021. The book was finished six-months ago, but as they say, life gets in the way. For a multitude of reasons, we picked April 2021 for the release.

Writing the second book. That’s when I realized, “I can do this.” And then writing every other book after that. Each time you write a book, you become better and faster. It really is a learning process. Emotionally, I would say The Pilate Scroll is the most pivotal book of my writing life. I know it challenges the reader, whether they are a Christian or not, to examine themselves, without being too pushy. As the author, there were many moments I had to look inward at myself, my beliefs, and my heart. It changed me after writing it, I hope it changes others after reading it.

What kind of advice would you give other aspiring Christian authors?

I think you have to examine why you’re writing a book like this. What are your motives? Who is your audience? What is your goal? Why are you writing it? It can’t be that it’s just a cool story. Well, it can, but you don’t want to come off as if you’re pandering to one group or another. My goal was to write an exciting action-adventure story that blended in positive Christian virtues that could be read by the entire family. I think I did that. There’s not another book out there like The Pilate Scroll.