📙 A Bookish Word or Two: Lorenzo Petruzziello, Author of A MISTAKE INCOMPLETE #abookishword

On A Bookish Word or Two, we have a guest post from Lorenzo Petruzziello, author of A MISTAKE INCOMPLETE. Enjoy!

A Mistake Incomplete: The Journey

A Mistake Incomplete is my second novel set in Italy – my first is The Love Fool, set in Rome. Both make up what I plan to be a three-book set in my Italy Trilogy. The stories may not be directly related, but they are all stories set in Italy.

With A Mistake Incomplete, I wanted to capture the dark, sexy suspense experienced in stories under the noir umbrella. I chose the city of Milan partly because of its history of being the setting for many crime stories by Italian authors, and partly because I spent some time there in my early twenties as a student, and continue to visit almost every year.

I chose to publish A Mistake Incomplete myself as an independent author/publisher. I wanted full control of the process from working with editors and cover designers to setting up the publicity and distribution. I used A Mistake Incomplete as my personal creative project to utilize my marketing background and explore different opportunities for promotions and publicity.

As part of my marketing strategy, I’ve also created cocktails specific to my stories that readers can make and enjoy while reading or discussing my book with friends and/or book clubs. Recipes and discussion questions can be found on my website www.magnusmade.com.

As far as book distribution, I wanted A Mistake Incomplete to be available via a distributor that a majority of bookshops use – to allow local booksellers to order the book for their loyal customers. 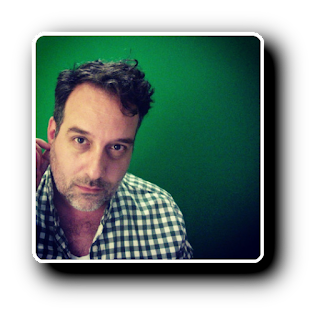 Lorenzo Petruzziello is the author of A MISTAKE INCOMPLETE – a noir-inspired caper set in Milan, Italy. His first novel THE LOVE FOOL is a non-romantic romantic comedy set in Rome. Both books are available worldwide through your favorite booksellers.

Lorenzo holds a Global MBA in International Marketing from Suffolk University in Boston, Massachusetts. He is bilingual, raised speaking both English and Italian. He was born and raised in U.S.A. and spent his summers in Italy. He lives in Massachusetts working on his writing as a side gig to his corporate day job. He has contributed to publications on food, travel, and cocktails, including Intermezzo and  SIPthemagazine.

About A Mistake Incomplete 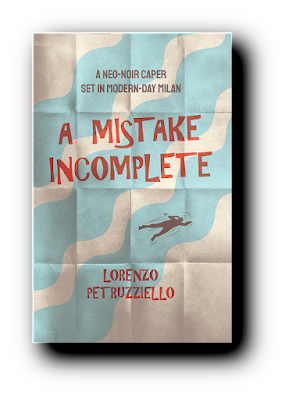 and a lonely tourist.

An incompetent thief makes another attempt at burglary. A hopeless bartender struggles to manage her last patron. The pair reluctantly work together to figure out why a man they presumed dead may have returned, while a lonely tourist inadvertently gets in the way.

“A sharp, edgy caper with a final surprise.” — Kirkus Reviews

A MISTAKE INCOMPLETE is available at:

Email ThisBlogThis!Share to TwitterShare to FacebookShare to Pinterest
Labels: A Bookish Word