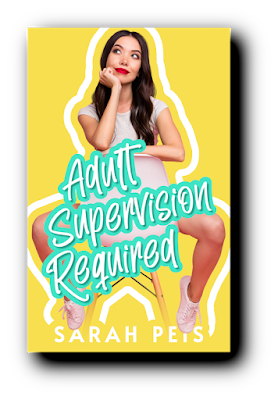 Nora Lindberg doesn’t let life get her down. Disowned by her family and left by the man who was supposed to love her for the rest of their lives, she packs up her kids and goes in search of a second chance.

The small town she lands in was supposed to be her fresh start, her chance at a better life. But instead, she’s a broke single mom who spends her nights looking for the chocolate she hid from her kids.

When her ex lands on the local Motorcycle Club’s most wanted list and leads them straight to her door, her life is once again turned upside down.

But maybe a broody hot guy on a motorcycle is just the thing she never asked for but got anyway.

Now the only question is: Will he be her savior or her downfall?

This is a standalone romantic comedy.

I’d had too much to drink. Five shots were too much for me. I hated tequila. But the guys looked so hopeful when I came back down. And then they offered me alcohol, and it felt rude to say no.

“Checking for what?” he asked, looking under the table as well.

I pushed him, his tall frame not moving an inch. “That’s not… I meant… it was just…”

“I think you’ve got bad reception. You’re cutting out,” Talon said, watching me with a twinkle in his eyes.

“You really thought we’d just all get down to business right here?” Gears asked, amusement evident on his face.

“I read books,” I said, blinking to clear my vision.

Talon shook his head, his eyes still beaming with mirth. “You might see someone’s naked ass by the end of the night, but we keep the rest in our rooms. Sorry to disappoint.”

I’d come to realize that everyone was really easygoing. They all seemed to care about each other, liked to joke around, and welcomed me like I was their long-lost sister.

Being part of something meant a lot to me. Being part of a family, even if it wasn’t by blood, meant even more, especially since my own had discarded me so easily.

He caught me, squeezing me around my middle. “How are you this drunk already?”

After hugging the other guys in the group that consisted of Gears, Grim, and a man they called Smoke, I settled back in my seat. I had a permanent smile attached to my face, my cheeks aching.

“I’m not drunk, you are,” I said, crossing my arms over my chest.

“You’ve had five shots over three hours and you can’t even figure out how to cross your arms. That’s the definition of a lightweight,” Gears said, taking a drink of his beer.

I looked down and noticed I hadn’t crossed my arms but instead was holding my own hand over my chest. Huh, I really thought I’d crossed them.

I squinted at the monitor sitting on the table. The image was grainy, but when I saw Luca and Lena still fast asleep, I relaxed back into the couch.

“So how did you meet Ace?” Gears asked. “You don’t seem like his type.”

“You mean he doesn’t like a woman with a brain? Or is it the kids? The half-Asian thing? You gotta be more specific here, dude.”

Grim smacked Gears over the head and murmured something to him, causing his face to blanch.

“Sorry, Nora, that’s not what I meant. Forget I said anything,” Gears said, his eyes shifting from me to Grim and back.

I waved him off, too drunk and happy to be offended by the comment. “Don’t worry about it. I know I’m not exactly a catch.”

Grim heaved himself up and squeezed in next to me. “Girl, if I was twenty years younger, I’d ask you to marry me today. You are the full package. You can cook, you’re gorgeous, you’re funny and smart, and did I mention you’re gorgeous?”

I leaned my head on his shoulder. “Thanks, Grim. That’s a really nice thing to say.”

“Don’t let Ace hear you,” Talon said from Grim’s other side. “He’ll make you disappear faster than you can say ‘wedding.’”

Grim grunted in agreement and patted my hand that was holding on to his bicep. “I don’t fear many things, but that man’s wrath is one of them. Sorry, girly, no marriage for us.”

“Shame. I was looking forward to it. I’ve never been married before.”

There was silence on the table and I sat up, brushing my hair out of my eyes. “What? I bet none of you have been either.”

“Nope. We were together eight years, had two kids, and he always said it wasn’t the right time. Should have known something was up. But I guess I like to learn my life lessons the hard way. Anyway, it all worked out for the best, because there’s no way I could afford an attorney to get a divorce.”

“That deserves another drink,” Grim announced and got up. 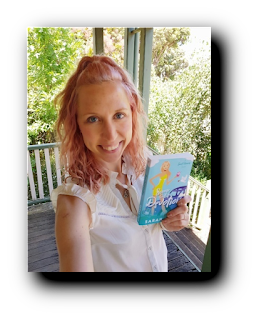 Supporter of all things written, defender of the e-book revolution and master of the take out order – Sarah Peis is not afraid to admit she can’t cook, go a week without breaking something, read labels correctly or park cars in a straight line.

She loves the written word in all forms and shapes and if she’s not glued to a book, she’s attempting to write one. Sarah is a frequent blonde moment sufferer and still trying to figure out how to adult. She lives in Melbourne, Australia, with her two little humans, the holder of her heart and two furry demons. She loves to hear from readers so feel free to get in touch.