Book Feature: Decoding 666: The Number Of The Beast by Erika Grey 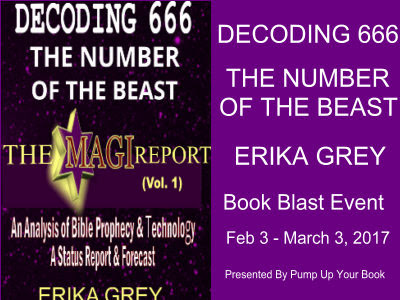 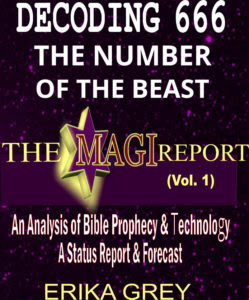 No other passages in Scripture have been more talked about in end time Bible prophecy than those dealing with the mark of the Beast. Revelation 13:18 adds to the horror by posing the Bible’s most mysterious riddle. It states: “Here is wisdom, Let him who has understanding calculate the number of the beast, for it is the number of a man: His number is 666.”

In this Magi Report the riddle is decoded and examined phrase by phrase revealing the deep and seemingly hidden truths in Scripture, such as the frightening significance of being “numbered,” the meaning of 666, how the number will be counted and its shocking role. This commentary provides an overview of current technologies, which fit the prophetic forecasts along with showing how they will be implemented geopolitically.

Quantum computing, D-Wave, nanotechnology, biotechnology, advances in DNA- genetic engineering, holograms, CERN, FAST, transhumanism, and more are highlighted along with their speculated role during the Tribulation.

This report discloses the technologies that match the image and mark of the Beast along with what life will be like under the Antichrist’s police state and the accompanying Biblical references that support technology’s role.

As the technologies have advanced they have helped to provide the full meaning of the prophetic forecasts that relate to technological developments. This report provides a detailed analysis of the mark of the Beast and its road to fulfillment along with the Tower of Babel path that technology is taking and the future discoveries that scientists are anticipating. The analysis reveals why taking the mark guarantees eternity in hell, why it is the unforgivable sin of blaspheme against the Holy Spirit, which is a sin Christians have pondered for centuries. Never before have we been so close to the start of the Tribulation that an expose like this could even been penned.

The Magi Report name is adopted from the Biblical Magi who were analysts and learned men and women in the knowledge and disciplines of their day. At the time of Christ, Herod consulted the Magi who understood the prophetic predictions of the day when there were no living prophets.

Chapter 1
What is the Mark of the Beast?
During the Tribulation, which is the seven year period of judgements predicted in Bible prophecy that ends with the battle of Armageddon and the second coming of Jesus Christ, Satan attempts to establish his kingdom here on the earth through a dictator known in evangelical circles as the Antichrist. He is used by God to judge the world for its sin. During his reign the Antichrist will implement a system by which no man can buy or sell unless he wears a mark placed on his forehead or wrist.  This etching in one’s flesh represents the Beast that is the Antichrist, or 666. It will provide him ultimate control in his police state.

Bible scholars theorized before the recent technological strides of the last decade that the mark would be part of a high-tech system that eliminated cash for the buying of goods.  The Antichrist institutes this system midway through the Tribulation.  He launches it as both a technological breakthrough and a prerequisite for life in his totalitarian regime. Revelation refers to the mark in a spiritual context.  Whosoever receives it spends eternity in hell.

The mark of the Beast prediction this last century was out of touch with the times.  Writers noted the tattooing and numbering of prisoners at Auschwitz concentration camps during World War II to illustrate a use that fit the era.  This all changed in 1985 with the advent of the information and telecommunications revolution. From about 1990 onward we have seen a major spike upward in end time signs.

Never before in history have we seen Bible prophecy literally unfold before our eyes. The technologies which could fulfil the mark of the Beast prophecy are now in existence. 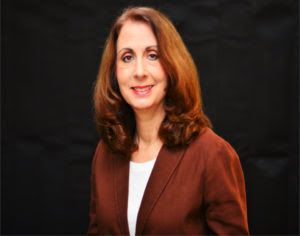 Erika Grey is an Evangelical Christian author, Bible Prophecy expert, journalist and commentator, www.erikagrey.com features Erika's books, articles and video broadcasts. Erika Grey focuses on current world affairs, and their relation to Bible Prophecy from an analytical and geopolitical view point. Erika first coined the term "geopolitical" in relation to Bible Prophecy, which is now used in writings by renown prophecy teachers. Within Evangelical Christian circles, Erika Grey is the leading authority on the EU and Bible Prophecy, which is evidenced by her exposes and books on the European Union, for which Erika speaks on radio shows across the U.S..

Erika Grey hosts Prophecy Talk" on YouTube. Erika is a member of the society of professional journalists and holds high standards in her reporting of end time news. For this reason Erika sets herself apart from other End Time Bible Prophecy Ministries and labels herself as a Magi, from the Bible meaning wise men or wise women. She models her ministry and work on the Biblical magi who were analysts and learned men and women in the knowledge and disciplines of their day. At the time of Christ, Herod consulted the Magi who understood the prophetic predictions when there were no living prophets.