"Why I Find Outlining Indispensable," by Ken Lizzi, author of 'Under Strange Suns' 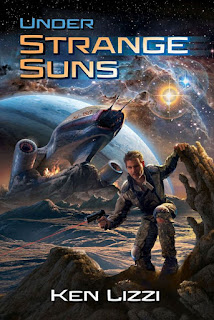 Certain writers, I’m informed, sit down and write a novel without an outline, making it up as they go along. I am not one of them. I require an outline before I undertake the labor of writing a novel. I need blueprints for the structure I’m erecting.
Obviously there is no single right method, no holy writ of writing. But here are a couple of reasons I find outlining indispensable.
1.               A novel involves sequences of elevation and resolution of narrative tension, building a structure of linked plot points. An outline allows me to construct, move around, and tinker with the plot points before I begin the first draft. That way I’ve dealt with most plot problems before they arise and I’m not required to discard or revise tens of thousands of words once I’ve written myself into a corner, or realized I’ve neglected to lay some essential groundwork. It’s no fun redoing the work and it’s no fun tossing material you’re actually rather proud of, just because you neglected to introduce a character or describe an essential motivating event.
2.               I am not a full time writer. I have a career and a family. My writing time is constrained. Regular, but constrained. A writer with the time to put together a first draft in two or three months might maintain the complete picture and narrative flow in mind for the duration. But when it might require the better part of a year to finish the first draft, some things will slip through the cracks of memory. Without an outline I’d need to spend large chunks of time re-reading what I’d already written in order to recall (if possible) what I’d intended next. One step forward, two steps back. And even that presupposes being able to devote the entire time to a single project. I usually have more than one project in progress at any one time, allowing me to move on to something else in between drafts. For example, I reached the ten-thousand word mark on a new novel when I received editor’s comments on Under Strange Suns. That required setting aside the current work in progress for the weeks necessary to revise Under Strange Suns. With an outline, I know what happens next. I’m able to pick up where I left off.

In the tradition of Edgar Rice Burroughs’ John Carter of Mars, Under Strange Suns brings the sword-and-planet novel to the twenty-first century. War is a constant, and marooned on a distant world, former Special Forces soldier Aidan Carson learns there is nothing new Under Strange Suns. 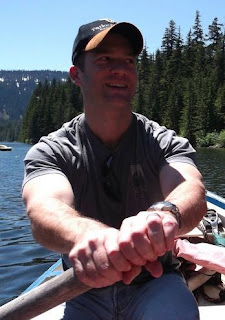 Ken Lizzi is an attorney and the author of an assortment of published short stories. When not traveling – and he'd rather be traveling – he lives in Portland, Oregon with his lovely wife Isa and their daughter, Victoria Valentina. He enjoys reading, homebrewing, and visiting new places. He loathes writing about himself in the third person. Connect with Ken on Facebook and Twitter.
Tilly at As the Page Turns September 01, 2015