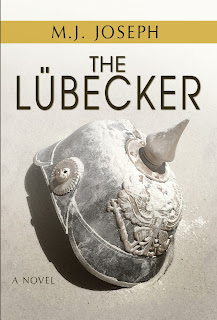 As a good translator of François Rabelais might express it, I’m unapologetically omniligent: compelled to read almost anything. The local newspaper, any local newspaper, The Penguin Dictionary of Proper Names, Minutes of the Vienna Psychoanalytic Society (any year), The Complete Rhyming Dictionary, The Dictionary of Theories, The Oxford English Dictionary, German Women for Empire 1884-1945, you name it. Identifying favorite books, however, in light of my anankastic bibliobibuli, would seem impossible. I know, I know, enough with the Rabelais! But, if I consider two authors that have had some influence on my literary tastes, have soaked through my reading preferences like the fruity red juice of Nigella’s Christmas Chutney soaking through my white kitchen apron, the one with the cartoon of a lady holding up a crawfish with a text bubble suggesting something rude printed on it, I’ll settle on Rabelais and Homer. So, you’re not surprised by Rabelais? There are others, of course.

What of their books have really influenced my reading preferences? Well, all of Homer’s work has influenced my reading preferences. Two books. Regarding Rabelais, four of the five books that can be attributable to him in the series commonly known as The Life of Gargantua and of Pantagruel have, and you’ll indulge me here, shown upon my taste like the tinted rays emanating from those round, colored lenses revolving before a bright light, that made wondrous the kitschy silver Christmas tree the more swinging of your uncles used to drag out of their attics the day after Thanksgiving. Few books have offered me all of the qualities I value as a reader, but if I consider Rabelais’ and Homer’s I easily recognize their mark upon my reading interests.  And, so should you, Sport, assuming that you’ve done what you should have done by now, and read them.

Reading the outrageously funny story of Gargantua and Pantagruel and their pals and institutional and personal adversaries and appreciating its philosophical, religious and historical significance, seems to have tinted, as it were, my literary preferences in the broadest fashion. Fairly or not, reading Evelyn Waugh, J. D. Salinger, P. G. Wodehouse, John Mortimer, or Tom Sharp, I always recall Rabelais. Reading James Joyce, William Faulkner, Thomas Pynchon and Aldous Huxley, I always recall Rabelais. I consider a great deal of the work produced by the authors listed above against the backdrop of Rabelais’ satirical and comic potency, as well as its intelligence,  just as I have long considered that Rabelais rides the backs of Aristophanes and, often, as he likes to mention, Plato.  If I’d never read Rabelais, I certainly would have derived joy and knowledge from the writers listed above, but since I did, they, like the silver Christmas tree alight with color, dazzle me just a little more.  Now, seriously, how do you get Nigella’s Christmas Chutney out of a white, cotton apron?

There are favorite writers, where Homer seems to ghost-up, just as a differently-colored lens moves across the bright light and stains the silver radiance of the silver tree. Apologies to Shelley. Works by other authors occupy their little corners in my mind, like the small memorials I habitually bump into, trip-over or sideswipe along the floors and walls of any European cathedral I walk through.  So, where do I find the fons et origo of encouragement for my interest in the work of, for instance, Thomas Hardy, Joseph Conrad, Thomas Mann, Joseph Roth, Amos Oz or Lawrence Durrell, amongst many others? Sure, humor occasionally floats up within the pages of books such as Jude the Obscure, Lord Jim, Joseph and His Brothers, The Radetzky March, My Michael and Justine, but the weight of reconciling evil, suffering, isolation and mortality these authors place upon their characters always summons up Homer’s crowd of teleological jerks or brave metaphysicians, tragic heroes or weeping religious.  I’ll consider my anankastic bibliobibuli again, sometime. 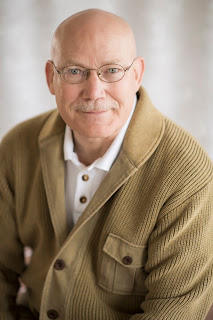 M. J. Joseph was born in the first Catholic hospital built in Florida, a Gothic Revivalbuilding designed by the Hungarian architect, Albert Olszewski von Herbulis. Now, a nearly abandoned stone pile listed in the United States National Register of Historic Places, the former hospital, deserted by the Daughters of Charity, currently houses a couple of eateries and a Montessori school. As a matter of curiosity, Joseph’s children attended the Montessori school.
Joseph represents the seventh-generation of his family to live in Pensacola, Florida, growing-up the son of a World War II PT Boat sailor and a working mother, spending the happiest of his early days along the shores of Pensacola Bay and Santa Rosa Island.  Every year, like Persephone, he descended into what he regarded as the dark and forbidding underworld of schooling, enduring complete boredom and utter disinterest, except upon the occasion of first hearing one of his music teachers sing Schubert lieder.  Upon escaping his primary education, Joseph discovered university life and began an enormously fulfilling period of scholarship and curiosity that has remained dear to him.
Joseph spent his professional career in his family’s firm, eventually rising to CEO and managing the corporation’s merger with a multinational company.  He has been retired for sixteen years, occasionally working part-time in the non-profit world and in jobs that have interested him, as well as, directing, for several years, his own non-profit corporation benefitting international youth soccer, or, more commonly understood, football.
M. J. Joseph has written all his life, but, until sharing the manuscript of his book, The Lübecker, with a several friends and his wife, he had no interest in publishing any of his work, finding other interests sufficiently fulfilling, especially, sailing.  Joseph plans to publish the entire work, of which The Lübecker represents the first book, largely owing to the enthusiastic support of the girl of his dreams, his wife, Ann, and wonderful publicist, Maryglenn McCombs.
Website: www.mjjoseph.net
Check out the book on Amazon.
Tilly at As the Page Turns February 07, 2018