Today our guest author is DS Johnson, author of the new fantasy, Realms of Edenocht Descendants and Heirs.

Thank you for playing Book Trivia with us! 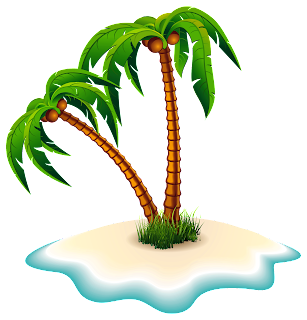 In the movie Castaway, if Tom Hanks unearthed a copy of Realms of Edenocht, how would that help Tom find a way off the island?

In the Realms of Edenocht two of the supporting characters are two brothers which are a small race of jungle people called the Minca. They live in the dense jungles and are very ingenious in using vines and planks made of bamboo and other materials that make a massive arrangement of pully systems to carry water and items through the jungle. Tom could use the cleverness of the Minca as an inspiration to build himself a raft with a sail to sail off the island.

Everyone knows Miley Cyrus is the wild child in the music business.  But she read your book and wants to let you know that it changed her life for the better.  Why did your book give Miley a new lease on life?

Miley related to the character Amirra, who was given to an evil Necromancer and was a  slave to the Shadow when she was a child. Miley had always been doing what everyone else wanted her to do like Amirra, but when Amirra met Nitida the Runecaster and learned that she had a choice and that the Shadow, aka. (the lable company) didn’t have control over her and that she could make her own choices, she decided to do things her way.

You have a chance to appear on the hit talent show for authors, American Book Idol, and the mighty judges will determine whether your book will make it to Hollywood and become a big screenplay.  What would impress them more – your book cover, an excerpt or your best review – and why?
I believe and excerpt would impress the judges more because if Simon Cowel were one of the judges I don’t think he would care what anyone else thought of the book and if the cover was pretty or not. I believe he would want to hear for himself the work itself and judge for himself the quality, depth, character and charisma of the piece.

A homeless man was caught stealing your book out of a bookstore.  When asked why he did it, he opened the book and pointed a passage out.  What was that passage?
He opened to the passage where the Runecaster Nitida offers the chants on Choice to Amirra, a slave to the Shadow. The piece illustrates how the power of words can evoke a strength of choice within ourselves to change our circumstances if we believe in ourselves.

I would select the Waslick tree. It’s a poplar tree called, Liriodendron tulipifera  or Tulip tree. A tree that grows to between 60 and 90ft tall and sometimes up to 150ft tall  with most of its foliage in the highest elevations of the tree. It blooms a tulip like flower and grows in together in clumps making it a sturdy group of trees perfect for tree houses and fortress’s. It grows predominately in the Waslick Nantahala National Forest near Franklin NC. They are the inspired trees that grows on the Island of Torob and the tree house that Shaz grew up in. 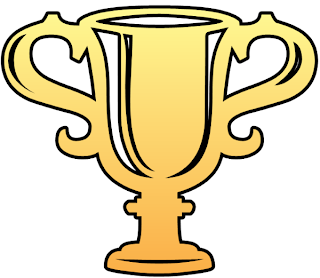 Finally, you just got word that your book has received the 2019 NY Times Bestselling Book Award and you have to attend the ceremony at the Four Seasons Hotel in Manhattan.  Anyone who’s anyone will be there and it’s your shot for stardom.  On stage, you must give an acceptance speech.  What would you say and who would you thank?


First of all, I want to thank my husband and family for all of the years of support and encouragement to write the stories that were in our heart and the time we spent talking and laughing and make believing together. I want to thank everyone who gave me a chance and read my book, as a self-published author I know that can be a risky move, but I am forever thankful that you took the chance to look inside and found the incredibly unique story and adventure. With characters so real and raw and circumstances that are relatable to just about everyone with none of the old and tired clichés of the fantasy genre. Thank you to you the readers, to my fans, and to those of you who have gained new friends through my books.

As a little girl, DS Johnson thought she was dumb. In the first, second, and third grades she was in the ‘Resource’ program or ‘Chapter 8’ as it is also called. Even though she was then put in the regular class, and she was such a young age when she had caught up with the other students, she knew within herself all too well by then, she was not a smart child. All the way through high school this girl struggled. She graduated with a glorious 2.9. Yes, it was heart breaking for those little numbers to reflect the great struggle and all the efforts she had put forth.

She went on to start beauty school, figuring she wasn’t college material. Suddenly, she learned that she wasn’t dumb after all. She was what is called a kinesthetic learner or ‘hands on’ learner. She LOVED it. She went on to do very well, for many years. Until, life got complicated. She had five children, a husband, and a disabled mother who now required constant care. While contemplating how to earn a little bit of extra income, now that doing hair wasn’t an option, a thought came to her.

She replied by looking around and with her finger pointing at herself, and said,
“Who me? I graduated high school with a 2.9 remember?”

The little thought came again, “Yes, you. Write a book.”

It so happened, that she told her younger sister a bedtime story almost every night as a child and had been telling her children nighttime stories for most of their lives, so she did. It took five years to learn from the internet, a few writing classes, some great blogs, a lot of practice, one very good editor and the awesome support of her family. But she did it. DS has a wonderful adaption of the intricately detailed structure of role playing games mixed with the vivid descriptions of the fantasy genre to create a unique world of elemental magic, wizards, sorcery and quest filled adventure unlike any adventure you have seen before.

Her latest book is the action adventure fantasy, Realms of Edenocht Descendants and Heirs. 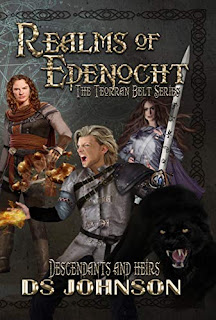 begin their unsurmountable task of securing the ancient artifacts, the Sev-Rin-Ac-Lava. Their first task of finding the sheath to the sword Shaz already has, takes them to the realm of their friends the Minca. The companions find themselves in a world torn open by earthquakes and melted earth as the evil Necromancer Semias Trevelis re-incarnates an ancient Runecaster to remake one of the ancient artifacts. The only hope in closing the torn and scorched realm is with the help of the two remaining descendants of the original mages of old, but Shaz doesn't even know about them, to begin with, let alone who they are or how to find them. Riddick, the Earth Sage, is deep in his own dilemma of figuring out his powers and the appearance of new Islands in the Turbulent Reef, is thrust from one realm to another until he meets back up with Shaz and the others. Can Shaz and his friends outsmart the cosmic powers at play and bring together the elements once again or will there be a ripple of desolation across the planet?