My son, Kel, who lives in South Florida, returned from a business trip to Montego Bay, Jamaica, talking about the legend of the WHITE WITCH. His story interested me enough that a few months later we both went to Jamaica to learn more about Annie Palmer, the White Witch,  and, also, about the Maroons. Kel had not stumbled across the Maroon story while he was there, but I did a little 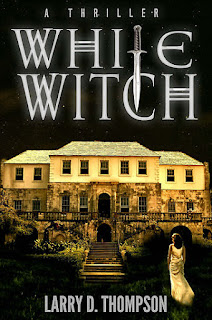 research about the area and learned about them. That trip let me to combine the Maroons with the White Witch to create what is certainly my best thriller to date (bear in mind that I’ll probably say the same thing about my next thriller; such is the nature of a novelist.).

We stayed at the Ritz, which was built on what was once part of the Rose Hall Plantation. We golfed at the hotel course, aptly named “The White Witch.” We toured the Rose Hall Great House where Annie Palmer lived two hundred years before and where she tortured and murdered three husbands and many more slave lovers. We learned that even today the staff in the mansion insists on leaving before dark every evening; for they fear that the White Witch may be out roaming the grounds of her old plantation. However, let me hasten to add that Annie Palmer is only a supporting character in this drama. After all, she died two hundred years ago. Still her legend is strong enough that in my story when a series of murders occur in the Montego Bay area, some with snake knives said to have belonged to the White Witch, it’s only a small leap for the locals to believe, true or not, that the White Witch must be responsible.

The real story and the conflict that created it is up in the mountains above Montego Bay, a small village called Accompong, the ancestral home of the Maroons (short for Cimarron, or “wild and untamed.). The original Maroons started escaping from their Spanish captors in the early fifteen hundreds, following game trails up into the mountains where they formed villages and lived off the land. When the Spaniards tried to re-capture them, they fought back and soon were going down from the mountains in the dead of night to attack the Spaniards as they slept. They fought for about a hundred years before the British drove the Spaniards to Cuba. The British could not understand how a band of ex-slaves could so consistently beat back the Spaniards until they tried to capture the Maroons. After another hundred or so years, they asked for a cease fire and signed a treaty with Cudjoe, the leader of the Maroons, giving them dominion over the rainforest up in the mountains, provided they would allow the British to raise sugar cane and bananas along the coast. That treaty exists to this day. Only, an American corporation was threatening  to mine bauxite in the Maroons’ rainforest when Kel and I were there. To get to the bottom of the conflict, we drove up a pothole filled road to Accompong and asked for an audience with the Colonel of the Maroons. Surprisingly, he talked to us. Only later did we learn that they did not like strangers in their village, particularly white men. Still, what we didn’t know didn’t hurt us. But it did give me the idea for the story which is really about the Maroons willingness to fight once again for their rain forest. Of course, the White Witch does make cameo appearances throughout the tale, but usually only in the imagination of some other character.

It was fascinating research that led to a very good thriller. And if you want to see the Maroon/British treaty that Cudjoe signed (with his X because he could neither read nor write), just go on line. The treaty is still there and is validity is still being debated by scholars. 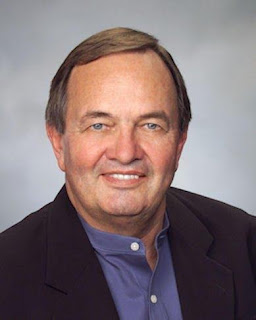 After graduating from the University of Texas School of Law, Larry spent the first half of his professional life as a trial lawyer. He tried well over 300 cases and won more than 95% of them. Although he had not taken a writing class since freshman English (back when they wrote on stone tablets), he figured that he had read enough novels and knew enough about trials, lawyers, judges, and courtrooms that he could do it. Besides, his late, older brother, Thomas Thompson, was one of the best true crime writers to ever set a pen to paper; so, just maybe, there was something in the Thompson gene pool that would be guide him into this new career.  He started writing his first novel about a dozen years ago and published it a couple of years thereafter. He has now written five highly acclaimed legal thrillers. White Witch is number six with many more to come.
Larry is married to his wife, Vicki. He has three children scattered from Colorado to Austin to Boca Raton, and four grandchildren. He has been trying to retire from the law practice to devote full time to writing. Hopefully, that will occur by the end of 2018. He still lives in Houston, but spends his summers in Vail CO, high on a mountain where he is inspired by the beauty of the Rocky Mountains.
His latest book is the captivating thriller, WHITE WITCH.