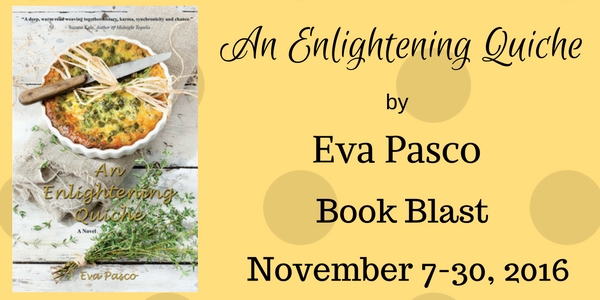 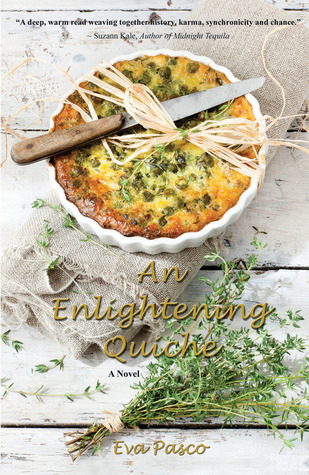 Dysfunctional. Deceptive. Demure. More than meets the eye at face value, Augusta Bergeron, stuck in a holding pattern, engages in morally destructive behavior she attributes to maternal abandonment. In for a rude awakening upon eggs-huming her mother's quiche recipe, she unravels its significance and forsakes erroneous assumptions. Enlightened, Augusta feels compelled to redress all the havoc she's wrought in the aftermath of a tragedy.

Augusta:Tarry in northern Rhode Island with us unpretentious French-Canadians, eh?

Augusta: Just as a note from Mrs. Blais had enticed me to sift through stowed away sagas inside a leather crypt and revived my dormant flair for writing, Tante’s recent memoir had me scrambling inside the keepsake box for the index card bearing the brunt of a quiche recipe whose basic ingredient of spinach packed a Popeye punch to knock the wind out of a brute. I glided my fingers over the scanty fragments of my mother’s legacy, absorbing her wretchedness through parched ink still resolute in its faded glory.

Genetically endowed with Simone’s temperament, exotic features, and allure, I followed in her footsteps. Both of us derailed off righteous paths and marginally skirted brinks of disaster from having suffered the scourges of maternal abandonment.

Tante’s memoir illuminated the significance of a recipe I intended to follow exactement in revival for my birthday gathering.  Though a breakthrough for me at the time, it hadn’t yet sliced all the way through the custard as to why Monique felt compelled to salvage this from a trash basket at my mother’s last known whereabouts for me to warrant its reclamation an enlightening quiche with far-reaching effects.

***
An arrow’s fly shy of America’s fowl tradition, a presidium of pulchritudinous birds of a feather flocked together at my place to feast and frolic in observance of my birthday sans gifts per my request, same as last year and every year since turning the screws past thirty. Engraved-in-stone inductees Estelle and Paul held court at the heavyset dining room table while Noel and Jenny set up camp in the adjoining parlor, away from the adults and in control of the television set with chips and dip all to themselves. The honorable Marchands, add-ons by ultimatum as in “you’re coming or else,” seated themselves accordingly according to chivalric order with Norm and Oncle prevailing as heads of state at opposite ends of the mahogany ball & claw.  Though Lindsay made the A-list of invitees, she reserved weekends for spending time with her dad whom she affectionately tagged an absentminded professor. Monique, permanently exiled from attending family functions, prevented Tante from squaring off with the gal she squarely blamed for exerting her libationary influence on me through our pigs-in-a-poke camaraderie.

Oncle prefaced the sit-down repeating aloud his last year’s wish for me to make an honest woman of myself by getting married well in advance of my setting down chocolate mousse cake with dulce de leche cream and truffle ganache, another triumph by Pâtisseries Évocatrices.  Everyone with the exception of Norm let his comment slide by rewinding their stalled conversations.

Crediting my landlord with the memory of a non-Republican elephant and a disposition to get even, I believe he expelled an untoward remark as overdue payback for my having bested him in front of Lindsay when I divulged his struggles to squeeze into an army uniform and blabbed about his scrapbook.  While placing a serving platter of bite-sized slices of French bread hors d’oeuvres alongside a large bowl of salade verte, his jab stopped me in my tracks en route to the pantry for the quiche, stingily allocating a split second for me to reload and fire back a retort of last resort.

“The other day Bernard Paquin mentioned he saw you and some fella leavin’ Chuggers by the light of the moon makin’ a run for it. Maybe he’s the one!”

Well, if that didn’t divert their attention again! “Oh, was Bernard oot and aboot making one of his special deliveries at the Post?”

My Vancouver Canuck slapshot summoned the hokey expression, “the eyes have it” through the blank stares of those dumbfounded and confounded by an innuendo.  Norm’s eyes threw daggers at me, confirming his wife hadn’t confronted him about the girlie mags.  Yolande’s eyes darted everywhere and ultimately fixated on her hostess. “Tabarnak!  What are you waiting for? Bring out the quiche!” 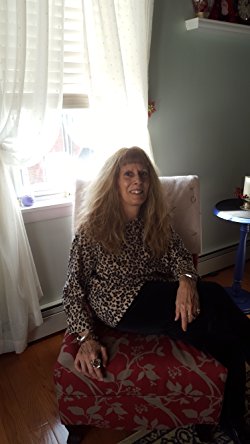 Undergoing a midlife renaissance, Eva Pasco rekindled her passion for storytelling by featuring flawed and feisty women over forty who grapple with, confront, and overcome their personal dilemmas to become empowered in making profound life changes for the better.

VISIT HER AT: AUTHORS DEN|GOODREADS

I'm delighted to have my book featured at “As The Page Turns.” Hope you enjoyed the excerpt and book trailer. Perchance you’ve developed more than enough curiosity in wanting to know about Augusta’s mother and the significance of her quiche recipe.

Please feel free to leave a question or comment so I'll know you dropped by. It will be my pleasure to reply.