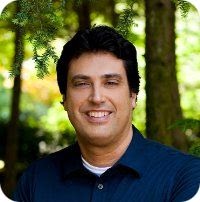 Jesse Giles Christiansen is an American author who writes compelling literary fiction that weaves the real with the surreal. He attended Florida State University where he received his B.A. in English literature, and holds an M.A. in philosophy from Georgia State University. He is the author of Pelican Bay (book one in the Captain Shelby Series), an Amazon #1 list bestseller, outselling Old Man and the Sea by Hemingway. One of Christiansen's literary goals is to write at least fifty novels, and he always reminds himself of something that Ray Bradbury once said: "You fail only if you stop writing."

There are places even the sea cannot go…

In coastal Denmark, a young man named Nereus builds a longship and leaves at age 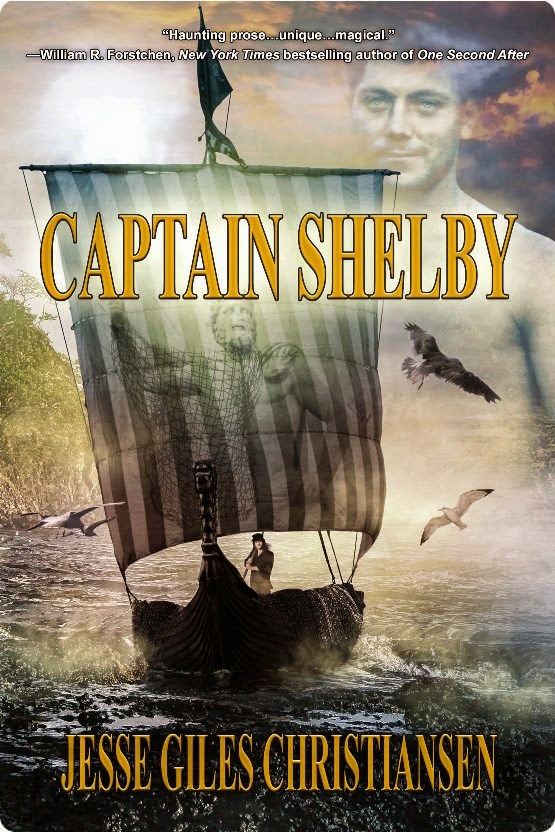 eighteen to discover a new, enigmatic land. Faced with unimaginable obstacles, he crosses the North Atlantic, only to be captured by the Skraelings, the Inuit indigenous people who seek revenge on all settlers because of a "Great Red Man" who murdered many of their family members.

Many years later, Nereus is hired by a group of Irish settlers who are fleeing the tyranny of King Henry VIII, and he takes them across the North Atlantic to the New Found Land. A fierce battle ensues against the sea, the Little Ice Age, and the vicious Skraelings.

Captain Shelby is a prequel to Amazon international list bestseller, Pelican Bay. It dives deeper into the mysterious history behind the strange fisherman from Pelican Bay, starting when he was just a boy in Denmark, then splaying into various subplots. The main story focuses on a group of Irish settlers fleeing the tyranny of King Henry VIII who hire Captain Shelby to take them across the Atlantic to a newfound land. When the fisherman falls in love with the group leader’s fiancée, Laura Hodges, a dangerous love triangle escalates until the formidable mystery of Captain Shelby is finally revealed.

Captain Shelby is my best character yet, getting me published and kicking off my career. He’s a character so big, wanting so much room to grow, I felt a whole trilogy was needed. Eerily, the conceptual outline of the trilogy wrote itself; I already have the third book fully conceived, and will start writing it next year.

I lost my father when I was only four years old. I believe that Captain Shelby, while fictional, is a compilation of all the male role models of my life and literature so far—the father and grandfather I never knew, Santiago from Hemingway’s Old Man and the Sea, an uncle I adored who spent twenty-six years in the Coastguard. He also encompasses my awe and thirst for mystery and for the paranormal.

Your book is set in 8th-16th centuries.  Can you tell us why you chose this time period?

In Pelican Bay, when Ethan and Morgan begin researching the enigma of the old fisherman, they come across the Journal of William Brockelby, which details the journey of a group of Irish settlers leaving Ireland in the early 1500’s and venturing to a Newfoundland. Captain Shelby’s mortal life takes us back to the Viking Era. The prequel is simply the logical historical extension of this history.

Yes, yes, and yes! I had to spend many months researching Early Modern English, ancient Ireland, Viking Sagas, and early Greenland. This was my most difficult novel yet … but well worth it!

Open the book to page 69.  What is happening?

William Brockelby, badly injured, is on his way to receive further medical care, but his life is fading in and out, like a pale sun on a cloudy day. He lies in an old, horse-pulled cart with a young woman who, in the bright sun, appears to be a curly red-haired earth angel. He thinks to himself, “If this be me angel, the Lord hath an Irish sense of humor.”

Writer’s block is a myth forged by authors who are dominated by noise about them, which they have failed to diminish or extinguish.

What would you do with an extra hour today if you could do anything you wanted?

Which holiday is your favorite and why?

Halloween. I love scary stories and movies and creatures real or dressed up. J

What is the most pivotal point of a writer’s life?

I don’t think it has happened yet. I’m waiting for it.

Don’t try to write something, just write … directly from the soul, as if your pen is a damn, and your soul a river.